Come Run with Us!

See that list above?  All of the cool guys have been organizing fun grassroots events over the past year.  ROCK Racing has been participating and loving the good times.  Now it’s time for ROCK Racing to make a contribution of their own! 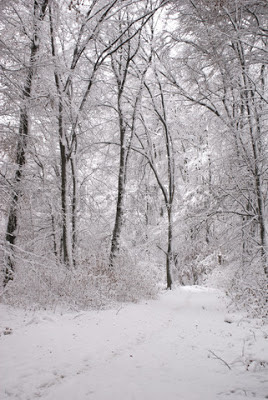 One of our favorite trails is Lost Valley in Weldon Spring, MO.  Great single track, great parking, hills, fast-flowy sections, techy sections, and open after dark.  It is the perfect place for what we have planned.
Come join us for a 13.1m trail run on some of the best singletrack in the area.
What could make a trail ½ marathon fun you ask?

Let’s do it in the dark. 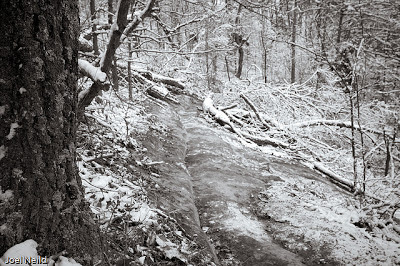 An event of this magnitude has to have a great name: 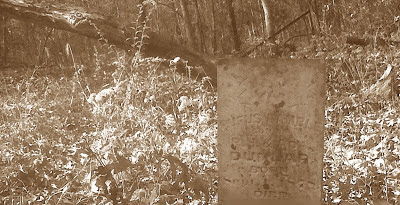 Back to Part 1
I’ve purposely put off doing this post until I could get enough ride time on this collection of parts to give some good feedback on how it all fits together. I am at about 200 miles now and have formed some definite opinions. 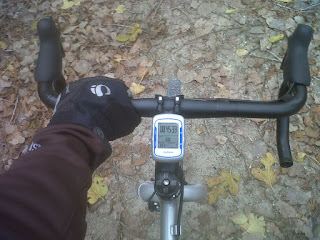 You’ll remember that I used a set of old aluminum road bike handlebars that were stacked in my basement parts corner.  They were taken from an old road bike when I upgraded it to a sweet set of carbon bars a few years ago.  I could have reported back on these the first time I test-rode, but I wanted to wait and play with the angles and rotation and placement of the shifters.  There’s just no way around it.  These bars suck, I hate every minute of using them.  They are too narrow, I feel scrunched up between the hoods, It might be just what I am used to.  My road bike bars are 2cm wider and my mtn bike bars are 20cm wider.  The drop is so ridiculously deep it is unuseable, and the ergo bends are a joke.  There is no comfortable sweet spot.  They are harsh, I feel shaken to death with them (this could be a product of the whole aluminum frame and fork, but I’m blaming the bars for now). 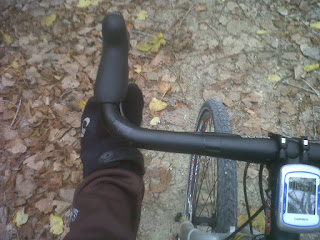 The one bright spot here is that I was smart enough not to wrap the bars with the new Lizard Skinz bar tape until I was satisfied that they were set up right.  I’m now convinced that there is no ‘right’ set-up and they will have to be replaced. 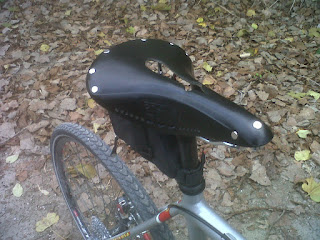 I put a lot of studying, talking, and review reading time into selecting a saddle.  You remember in a previous post I went with the Brooks Imperial.  And predictably, just like everyone said, the first ride was an eye opener “Wow, this thing is hard!”  But I kept at it, even switching it to my mtn bike when I rode it just to get more time on the saddle.  I applied and reapplied the Proofride.  Then maybe two weeks later, I was riding and hadn’t thought about the saddle recently.  It was starting to disappear underneath me. During one ride I traded bikes to ride Lori’s Giant for a while and right away I knew I wanted back on the Brooks.  I really think I have a winner here.  The short trade-ride also convinced Lori that she wants a Brooks.  So now I gotta give some credit where it is due: Thanks Bob Jenkins, you have made my ass very happy.


The very first ride found me cruising on this gravel loop near the river.  Happily riding along all proud of how well the wheels I hand-built were performing.  (foreshadowing alert!) 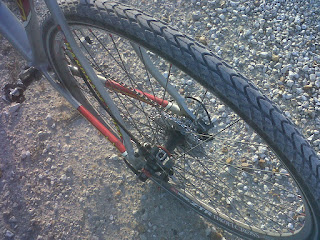 About ¾ of the way around the loop the rear wheel picked up a wobble.  I was trying to decide what hole I hit could have bent my wheel.  I didn’t remember hitting anything big enough. So, I watched it wobble off and on while I rode, sure enough it was getting worse.  Before long it was rubbing the inner drive side chain stay.  I stayed off the power and coasted as easy I could back home.  I pulled the wheel off and put it on the truing stand.  It was all jacked up.  Right away I noticed loose spokes, a LOT of loose spokes, rattling around, not even finger tight.  I spent an hour re-tensioning and truing the wheel.  Luckily there was no permanent damage.  It is as straight and round as I could hope for (again).  The only thing I can figure is I had under tensioned the spokes to begin with, then they loosened more on that first ride.  So this time I cranked the spokes a little tighter, and since the repair the wheel hasn’t changed a bit. 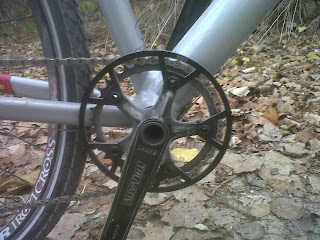 The BBG bashguard is working out well.  There’s a pretty steep driveline angle when I am on the smallest cassette ring, but I haven’t dropped a chain yet so I’ll call that a success.  I haven’t bashed it on anything so far, but it looks like it should hold up good against any damage. 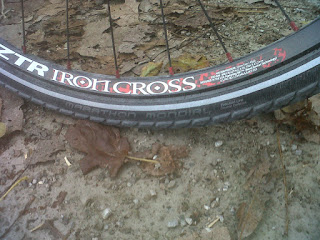 I am loving these Schwalbe Marathon Mondial tires.  I’ve hit a couple of holes and some pieces of gravel that made that loud ‘ping’ sound with no ill effects.  I know that’s no real test of how tough they are, but at least it’s a good beginning.  I started out riding them at 45 psi, but lowered the pressure to 40 after the first ride.  I think that may be their sweet-spot for hard gravel.  Anything looser or more off-road and I think I will take them to 35psi. 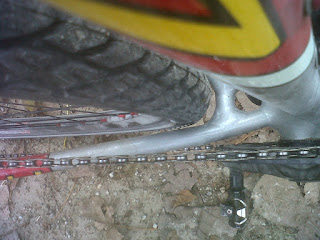 The only thing that concerns me is I have them in 700x35 size and I think I would like a larger size for some of that rougher looser gravel.  But look at this picture of the very limited clearance I have between the chain stays and tire.  No way to get a bigger tire in there.  I even question if these 35’s are too big.  It won’t take much mud or snow to completely fill that little gap. 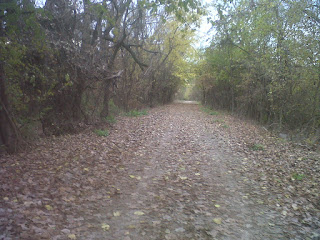 In the time I've been doing these gravel test rides I can also tell you the gravel roads are great riding.  They are mostly deserted and the few farm trucks or cars that go by mostly seem to wave a ‘Hello’.  Some even go out of their way to pull a little to the side and slow down to avoid covering you with the dust.  Now that’s a far cry from one fingered waves, rude yells out the window, and beer bottles off the helmet that I have experienced on paved roads.  So I am going to keep riding the gravel bike and call it a success.  Oh and those handlebars are going to be changed out ASAP.