I Love a Great Rack

I've had my Kuat NV rack for several years now.  It has been awesome in every way.  This thing has travelled so many miles on the back of Adventure Jeep and been abused in so many ways that it was way overdue for something to break. 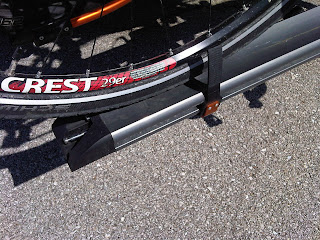 I loaded up the two bikes and drove out to Lost Valley for a day of single-track fun.  When I got to the Mound (local name for the parking lot) and started unloading I found a broken rear wheel strap.  Looked to me like the plastic strap holdown for the wheel wheel just gave it up and snapped in half. 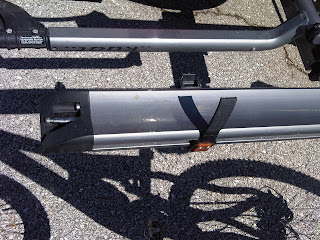 There was no easy fix i could make on my own so I called the Kuat Customer Support Line.   Get this:  A real guy answered in English on the second ring!

I explained the part that broke, and the guy said that those straps are made out of a really tough plastic, but after years of UV and weather exposure, sometimes they will break.  He asked for my address and said he would send me a replacement.  This was the Wednesday before the long anticipated Cedar Cross race, so I told the guy my plan to zip-tie my bike to the rack for the drive to the race.  He said, "Oh, I'll just overnight it to you." 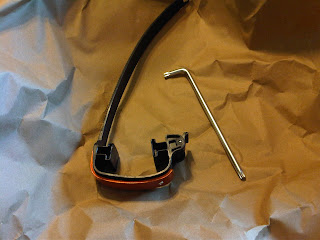 The next day, a package from Kuat was at my house when I got home from work.  It even included the tool for the tamper-resistant T40 Torx screws.  No charge and overnight delivery!  Seriously.  It don't get no better than that! 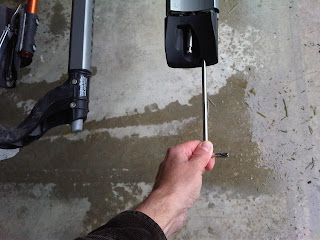 The fix was easy and straightforward.  I removed the two Torx screws using the Kuat tool and pulled the cap and lock out of the way. Then slid the new strap assembly onto the rail.  The cap was put back on and was torqued down with the same hardware.  Done.  Not even 5 minutes. 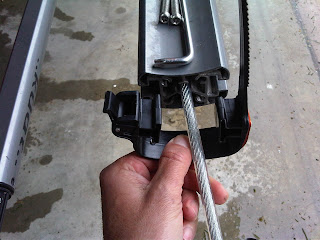 I never noticed until this project that the NV racks use tamper-resistant screws.  Makes me feel even better leaving my bike locked outside on the rack.  Nice touch. 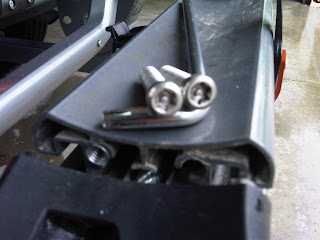