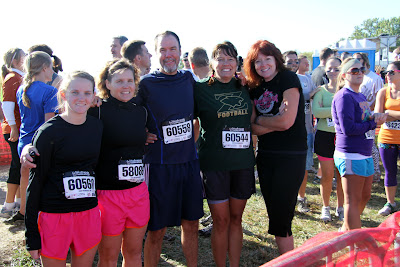 I decided that there was no way I could possibly write a blog post that could give the Warrior Dash press that it deserves. So this will be a video blog dedicated to the race that beat me. Oh, so you want to know how it beat me. Let me try and give you the story before my keyboard explodes due to the tears flooding it. Yep, you read that right, the tears. When I say the race beat me, well it really did.

I entered the race to run with my daughter China, who is a cheerleader not a runner, but she can really run, so this would be a piece of cake for her. 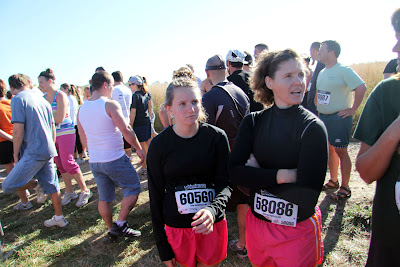 The race started and all went well, we were having a great time, the obstacles were so much fun, even though they were too high for my liking. China went first and coached me over all the tall obstacles since I’m afraid of heights. Telling me not to look down and telling me I could do it. This is the funny part, I got over all of them only shaking a few times too. We ran to the finish line, making it through the fire pit without catching ourselves on fire and slid right into the mud pit. 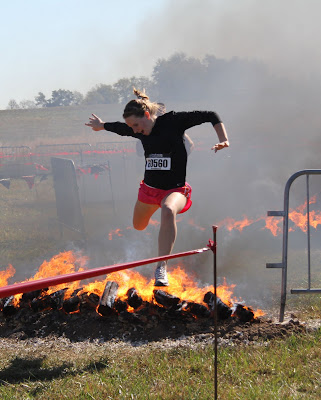 Lori and Chuck were with us with Michelle not far behind. 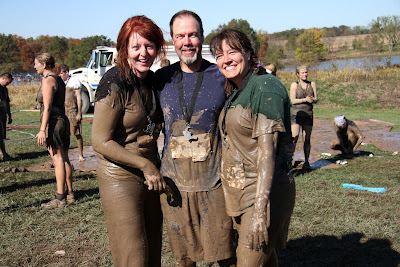 We all swam through the mud pit and slide down the muddy hill to the finish. Of course Beer Man and Beer Girl had already finished because they had an earlier start time than we had, they were already in the Beer tent living up to their names. 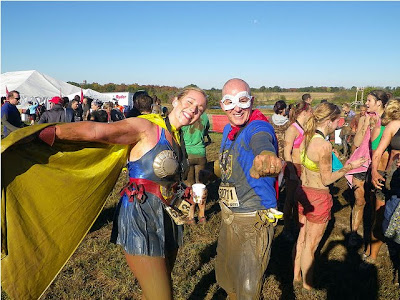 The WWF wrestlers finished just in front of us also, they looked awful tough, and there was no way I was going to pass them. 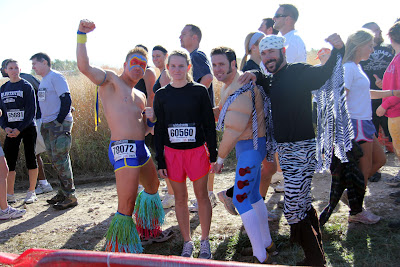 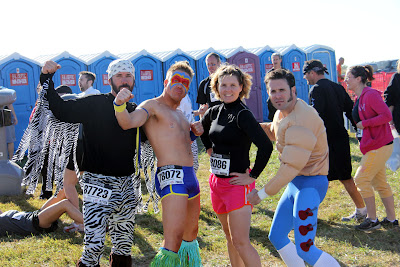 I know what you’re thinking what could have gone wrong, well, during that last ten yards when I was sliding down the mud hill, guess what, there was rock sticking out of the mud, it wasn’t big and I didn’t even see it until it was over. Yep, I hit my butt right on that rock, while I was sliding along pretty fast, it hurt so bad I was not sure I was going to keep my breakfast down. I got up and put a smile on my face and got my medal and a few pictures. You would think with all the junk in my trunk there would have been no way this could have happened, I still can’t believe it, this will go down in “Robin Stupid Things” history. In just a few minutes it started hurting so bad I could hardly walk, it almost killed me to jump in the lake to get the mud off. With China’s help I got some dry clothes on, but it was all downhill from there.

After I was home I took a shower to get the rest of the mud off, then went to urgent care, where I asked the doctor, to please tell me I was being a big baby and just to buck it up. Stupid doctor, he just said “sorry, but you have a really bad break in your coccyx, which is the bottom of the spine otherwise known as the tailbone, and you need surgery.

So I had to wait until Monday to see an orthopedist, where he told me the same thing and told me how lucky I was and that there was NO WAY that I could race at Nationals on the next Friday. So my crying from the pain turned into uncontrollable sobbing because I would have to miss Nationals. I tried every way possible to talk him into letting me race, but it was a BIG FAT NO . So right now, I’m in the middle of a pity party, tears and all, still trying to figure out a way to go to Nationals. I know one day I will laugh about this, but for now I’m trying to estimate the number of tears I have lost, since that’s about the only thing going into my workout log for a while.